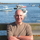 Okay how about a compromise to why fido is not supporting apple watch...don't tell us when or if you will support apple watch, just explain in simple language what the problem is. Example It's the network or it's marketing, rogers wont let you or you are not allowed by law or stone cold said no what ever anything anything at all, at least try. Anything but what you already said a least 100 times. Thanks and good luck.

i wanted to explore the idea of trying to find a better price for my 3 phones and add a smartwatch LTE plan.

Fido (at the moment) does not offer these smartwatch plans.

Both Rogers and Bell do at a nominal fee of apx $10 per month (you are required to have a cell phone the watch pairs with in order for this to work).

Neither provider could make me an offer for a family plan (to share data with the other lines) that could beat where I'm at with Fido now. Both so-called competitors offered plans that were practically the same price (5-10 bucks more than my total with Fido) and claimed it was for better services etc.

So the concensus on this board is correct in that Rogers (Fido's parent company) is intentionally holding back smartwatch service to get customers to migrate to higher price plans.

It is really unfortuate that the CRTC allowed Rogers to acquire Fido in a power play to monopolize access to the iphone in the early days when Fido would have had an exclusive on the iphone when it was first released. There is No real competition i this country.

brandoc
I'm a Contributor Level 2
In response to Rdubs723
Options

And let's not forget the reason we can't use Apple Watch on any and all carriers: because apple chose to lock down the eSIM and exert control over what the user can do with the device that he/she purchased!

we need better rights to access, repair, and modify our own things!

I love your opinion!

I too am waiting for Fido to get onboard and offer Apple Watch support. Time for Fido to join the 21st century.

brandoc
I'm a Contributor Level 2
In response to marty9ca
Options

It's not Fido, it's Rogers who makes the rules that Fido must follow.

Rogers is a company. Fido is a brand.

No word yet about Apple Watch on our side!

Don't worry though, should anything change in the future, we'll definitely announce it.

jamiesonpt
I'm a Participant Level 2
In response to FidoValerie
Options

Does Fido have any plans on offering cellular service for Apple watch and if so, what sort of timelines are we looking at?  If it's way off, then it might be worth switching to bell or rogers to take advantage of the watches features.

brandoc
I'm a Contributor Level 2
In response to jamiesonpt
Options

Rogers has decided (as has Bell and Telus) to prevent their flanker brands from offering Apple Watch plans. The reason is that Rogers/Bell/Telus plans are significantly more expensive for customers (and therefore significantly more profitable for the telcos): so they are trying to 'upsell' their customers in the Fido/Virgin/Koodo brands by enticing them to move up to their higher-parent company in order to increase their profit margins.

Freedom mobile is the only one not doing this: you can get an iPhone plan with them for $15 and then add an Apple Watch plan for $10, for a total of $25/month

Rogers/Bell/Telus require a minimum of $75 / month plan on your iPhone + $10 for Apple Watch.

I understand why you're asking, the Apple Watch is a great product!

We simply made the decision to not support the Apple Watch, for now. We are constantly reviewing our device line-up, but we don't have any updates on whether we will carry them in the future.

Rubberduck
I'm a Participant Level 3
In response to FidoVanessa
Options

Yes I already know that answer. What I am looking for is why? Example " Fido decided not to support apple watch for know because we are a discount carrier and supporting apple watch would require a massive $$ financial investment and we would have to raise our prices for everybody because there would not be enough apple watch users to cover the cost and that would not be fair" end of example. Now I just made up that answer so you get an Idea of the kind of answer we are all looking for.

I see the type of answer that you are looking for here. However we can only give you the information we have on our end.

We are constantly reviewing our device line-up. At this time, we will not carry the Apple Watch.

I invite you to keep an eye on Fido.ca for upcoming products.

With the recent news that Fido is supporting E-Sim activation's I am curious how long it will be before they launch the Apple Watch plans. It only seems logical that if they are activating the e-sim that the apple watch plans follow suit. Hopefully Fido can come through on this thanks!

Its time for Fido to bring Apple Watch plans to market. You have e-sim technology so it doesn't make sense why you wont for Apple Watch!

brandoc
I'm a Contributor Level 2
In response to jlits
Options

Hey guys. I made a very long, detailed post in this thread, and apparently the mods deleted it or didn't let it through.

The gist was: Fido offers data-only plans that work on any eSIM device that can receive the QR code. Unfortunately, Apple has blocked the apple watch app from even attempting to scan this code if your iPhone is on Fido at the time. I attempted this in store today.

Hopefully I can recover the longer post where I went through a more careful blow by blow, but feel free to ask me questions.

Apple Watches are not like other smartwatches. While a data-only plan might suffice for another smartwatch with an eSIM, Apple Watches need to be paired to an iPhone in order to use the device (see here). In order to pair the Apple Watch to use cellular services with an iPhone, it would require its own smartwatch plan. Those plans are associated with the main iPhone's plan. On the other hand, a smartwatch with a data-only plan would be entirely separate from the phone's plan.

At this time Fido does not offer smartwatch plans (see here). That would likely be why your watch was unable to scan the code.

brandoc
I'm a Contributor Level 2
In response to Cawtau
Options

> @Cawtau: "a smartwatch with a data-only plan would be entirely separate from the phone's plan."

Correct, and that is precisely what I wanted--a data-only plan for my watch which was entirely separate from the phone's plan.

> @Cawtau: "Apple Watches need to be paired to an iPhone in order to use the device"

My watch was paired, over bluetooth during setup, and it also functioned perfectly fine independently of my phone, when on wifi: iMessage and FaceTime worked fine, even when my iphone was completely powered off.

> @Cawtau: Fido does not offer smartwatch plans. That would likely be why your watch was unable to scan the code.

No that wasn't the reason. The reason I couldn't scan the code was because apple has programmed the apple Watch app on iphones to first check if the carrier is on the "approved list" of apple watch carriers. This is purely a software problem and I'm looking into how to tweak the apple Watch app (since my version of iOS is jailbroken) in order to disregard the "approved list" which apple has programmed into it.

Then, when my Watch app is free to scan any QR code from any carrier of my choosing, I will be able to download the fido eSIM profile for a data-only plan, and see whenever apple has put other roadblocks in place to try and control what their users do with devices which they have purchased.

It will be very telling to see what happens when the profile is finally downloaded.