I'm am thinking this will be my next phone, does fido plan on carrying it?

No word on that as of now. Should we carry it, it'll be updated on Fido.ca.

I'm sending you a PM to get this looked into.

Ambrish
I'm a Contributor Level 1
In response to FidoKenny

I'm having the same LTE issue. How was this resolved?

What phone are you using? Are you getting LTE at all on your phone?

Give us as many details as possible and we'll go from there!

Ambrish
I'm a Contributor Level 1
In response to FidoNick

no, on my blackberry classic, everything is fine, but on the new keyone, only LTE, no LTE+ ever appeares.

LTE+ or LTE-Advanced is a service that's rolling out and LTE-A is currently available to more than half of all Canadians and growing.  What it does is pairs 2 bands of network; it combines two kinds of radio waves/bands, 700 MHz and Advanced Wireless Services (AWS), to create a larger network for data to travel on. This is called 2 band Carrier Aggregation. This allows data to travel with less interference, and provides a faster data experience for customers.

The thing is, not all phones support this technology.  As the Keyone is not a Fido phone, I suggest checking with Blackberry to be sure it supports 2 band Carrier Aggregation.

I hope this helps, keep us posted!

Ambrish
I'm a Contributor Level 1
In response to FidoNick

as a previous user noted, and as mentionned in the official website,

and while your explanatory blurb did not mention it, FDD is Frequency Division Duplex which means paired carrier aggregation. Further, why would a newer version of a phone not have the new technology an older version had is beyond me, so yes, the phone supports this technology.

Maybe your cell towers are not allowing a phone that you claim is not officially a fido phone from connecting to the network with more throughput? this begs the question as to why have 2 tiers of phones (those that can and those that cannot access the service) when you offer Bring Your Own Phone telephone plans!

Thank you for helping in sorting this out.

@Ambrish wrote:
...and while your explanatory blurb did not mention it, FDD is Frequency Division Duplex which means paired carrier aggregation....

As you note, FDD does indeed mean Frequency Division Duplex. To clarify however, FDD does not mean paired carrier aggregation. It means it uses paired spectrum. While it might seem like simple semantics, they do actually refer to two separate things.

The actual frequency portions for both FDD and TDD are specified by their band number (see here).

In contrast, carrier aggregation uses the download frequency segments from more than one band and combines them together to potentially create greater download bandwidth (see here). I said potentially, because the bandwidth size (and overall speed) can still depend on many factors.

Ambrish wrote:... Further, why would a newer version of a phone not have the new technology an older version had is beyond me....

Just because something is newer does not necessarily mean it will have all of the newer technology. To keep costs manageable for a particular device's price range, manufacturers may choose not to include certain features. That said, it does appear that the BBB100-1 version is capable of carrier aggregation.

In addition, something else to keep in mind is that connecting to LTE+ does not necessarily mean you will get faster speeds. Not only would it depend on the bands/frequencies aggregated, but also on the size of the bandwidth connected (in addition to many other factors). It is entirely possible to get greater bandwidth with a single band (band 7) than with carrier aggregation.

Ambrish
I'm a Contributor Level 1
In response to Cawtau

Thank you for the explanation about the difference between FDD and TDD. So to summarize,

2. But the phone I'm using does support paired carrier aggregation, so that leaves me in exactly the same position as before: having a phone that supports the technology that is still unable to connect to the carrier with it.

This bring me to the second point you make:

which have the 700MHz and 1900MHz bands : the ones usually combined in paired carrier aggregation.

Which brings me back to why is LTE A/+ not being picked up by my phone?

Thank you for taking time with this

To be honest, I do not know whether any specific carrier updates (or phone updates) are needed before a phone is able to use carrier aggregation. It is possible that your phone does not have a required carrier update since it is not from Fido. Have you verified it's using the most recent OS? Alternatively, it may need an earlier OS version? (see here), though that post was in reference to Wifi-calling and voLTE...

It's also possible that the best connection for your phone (given your particular circumstances) is LTE. I understand your nearest cellular towers use all of the bands/frequencies. However, your position relative to those towers as well as other factors such as potential obstructions (ie buildings, trees, etc) can determine which of those frequencies can actually reach your phone. The different frequencies have different characteristics (see graphic here). Generally, the higher frequencies do not travel or penetrate as far as the lower frequencies. If you're at a location where your phone can only receive 700MHz, AWS wouldn't be available to aggregate.

which have the 700MHz and 1900MHz bands : the ones usually combined in paired carrier aggregation...

You should note that while 1900MHz may be available for 3 band aggregation in some areas, it would not be available in most areas. Fido/Rogers still maintains its 2G GSM network and uses 850MHz and 1900MHz for that network (as well as the '3G' UMTS(WCDMA) network). 1900MHz would only be available for carrier aggregation in areas where the 2G network had already been decommissioned and the frequencies re-farmed.

As I alluded to in my previous post, connecting to LTE+ does not necessarily mean better. For example, this community member noted slower LTE+ speeds than others have achieved with single band LTE (see here).

Sure, it is possible that your phone is being prevented from accessing LTE+ because it was not purchased from Fido. However, many factors can affect how a phone connects to the networks. Your phone should connect to the best connection available given the particular circumstances of your situation. The best connection might not necessarily be the fastest.

Ambrish
I'm a Contributor Level 1
In response to Cawtau

Ok, This is looking more and more like a wild goose chase. So to summarize:

1. Looking if the towers carry the bands needed is useless, because when they do: all the bands might not have been refarmed anyhow, so that tells us nothing.....great....Why did I look up the tower specs again?

2. LTE+ is not necessarily better in your particular case....fine....I should tell Fido/Rogers that. Why waste money on having this new technology if it *might* not do anything?

3. Concerning VoLTE and wifi-calling, the phone is capable (yes,I already checked!) but is not able to use it from fido (IMS remains unconnected).  This seems to be an issue others are having too: viz. the original poster of this thread!

I will file a complaint with the CCTS as my next step.

We're you able to test out your SIM card in another device?

Let us know what happened!

Ambrish
I'm a Contributor Level 1
In response to FidoAmanda

Yes, the SIM card works in an iphone on the fido network, in the same location.

Thanks for confirming @Ambrish

Since it works fine in another device, it's seems that the issue is specific to your device. Unfortunately we have limited support as it's not a Fido device. I recommend you contact Blackberry to see if they have more information they can provide you on this.

Ambrish
I'm a Contributor Level 1
In response to FidoMegan

I already checked if the phone support this, it does.

I already checked whether the towers near me support this, they do.

I think Fido is preventing phones not sold by them from having access to all services (VoLTE, LTE+, etc)
Link1

This same thread we are replying to has other users having the same problem. Moreover, why is this thread marked as solved when it is not?

I think some of you know exactly what is going on, but make everyone go through hoops for nothing.

This same issue in another thread:

3. Concerning VoLTE and wifi-calling, the phone is capable (yes,I already checked!) but is not able to use it from fido (IMS remains unconnected)...

Did you read @Original_Lucy's post from above? She was able to get Wifi-calling to work on Fido. Herself, and others, were able to get their Rogers' phones to use Wifi-calling by reverting their OS to AAR970 (see here).

Ambrish wrote:..I think Fido is preventing phones not sold by them from having access to all services...

If Fido was actively trying to prevent phones not sold by them access to certain features, why did they allow Original_Lucy's phone access to Wifi-calling?

I understand you're trying to get LTE+ and not necessarily Wifi-calling, but switching your OS might help in that regard as well since another poster in that thread noted improvement in their LTE signal following the switch.

If your phone is not from Rogers, reverting the OS still may not work as the IMEI is not in their inventory database.

That said, I believe they are trying to remedy the IMEI situation. There have been instances where phones not purchased from Fido have been able to access some of those features (see here). It might take time for them to implement the necessary changes to the system.

Ambrish wrote:...Moreover, why is this thread marked as solved when it is not?...

The thread is marked as solved because the original query was whether Fido was planning to carry the phone. For the OP, their question was answered. 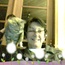 MVP
In response to Cawtau

My phone is from Rogers. Some people have Rogers K1's and were not able to activate wifi calling either. There was a thread at another forum telling us how to get it working. Rogers and Fido use the same towers and authentication. Hope that clarifies.

Are you otherwise able to connect to LTE+, in the same location, when using your SIM card in a different device?

MVP
In response to Ambrish

Just an FYI for anyone trying to get WiFi calling and VoLTE, I recently bought a K1 from Rogers unlocked. Couldn't get the WiFi calling to work at all .I went to CrackBerry and they have a thread about it and also an OS version that will put these activities back on the KEYone. They seem to have been removed in the latest update .just an FYI

I ended up buying an unlocked Keyone last year but notice that i am in an area with colleagues who are also with Fido and have LTE+ showing on their signal indicator. I do not see the + on my Keyone - is the Keyone not compatible with Rogers/Fido LTE+ or is it just not displayed cosmetically on the Keyone? To add, I have tried a Bell sim card in my Keyone which did show an LTE+ icon so might this just be a carrier setting issue on the Keyone?