In June of 2018 I called Fido to inquire what the roaming fees were while my 15 year daughter was travelling in Greece with a youth travel group. While speaking with the agent, she also suggested I place insurance protection on my daughter's phone in case she lost or damaged it while abroad. This made sense, so I opted for the insurance at a premium of $13.00 a month. We have had the insurance policy in place since then on her phone.

In July 2019 we travelled as a family to Spain and Portugal for 23 days. On July 19, 6 days into our trip, my daughter dropped her phone while we were hiking in Denia, Spain. As a result, her screen was completely cracked rendering her phone pretty much unusable. As well, she experienced minute glass shards in her fingers. The following day, I reported to Brightstar insurance via email the damage incurred. I also checked on their website where we could attend to have it promptly repaired so that she could continue using it on our trip. The only locations listed was in our hometown of Ottawa!

On July 22, we had the phone repaired by an authorized Apple store in Grenada Spain at a cost of $276.00. We kept all the receipts, and took photographs of the damage to the phone and even some at the store where we had it fixed.

We returned back home on August 05, and on August 07 I contacted Brightstar to find out how I could get reimbursed for the repair. I spoke to a representative who informed me that since I took the repair into my own hands they would not honour the warranty! I was shocked. I then asked to speak to a supervisor and ended up speaking with Samantha. She was unprofessional in my dealings with her, and bluntly stated that the warranty doesn't cover international travel. Unbelievable as this is what I got the insurance for in the first place! I then advised Samantha that if this was the case, I wanted to be reimbursed for all my paid premiums for the past year. She stated that she would pass me over to Fido for this and in mid sentence while I was talking to her she transferred the call.I felt that both Brightstar representatives were indeed happy to deny my claim.

I then spoke with Bruce, a Fido representative who was much more polite and professional. He stated that the only assistance  he could provide was to cancel my policy with Brightstar and would only be able to credit me with 2 months of premiums. As well, Bruce couldn't find anywhere in their policy that the insurance doesn't cover international travel.

Brightstar is a another one of those scam insurance companies who gladly take your money, but when a claim is made they deny it. I will continue to pursue this matter until it is successfully resolved, either by Brightstar owning up for the repair or Fido crediting me with my lost premiums for nothing.

I'm sorry to hear your daughter damaged her phone on your trip. I understand how important their devices can be for them.

I can't speak as to what the Brightstar supervisor actually intended to inform you, but I'm guessing she meant that International repairs are not covered. 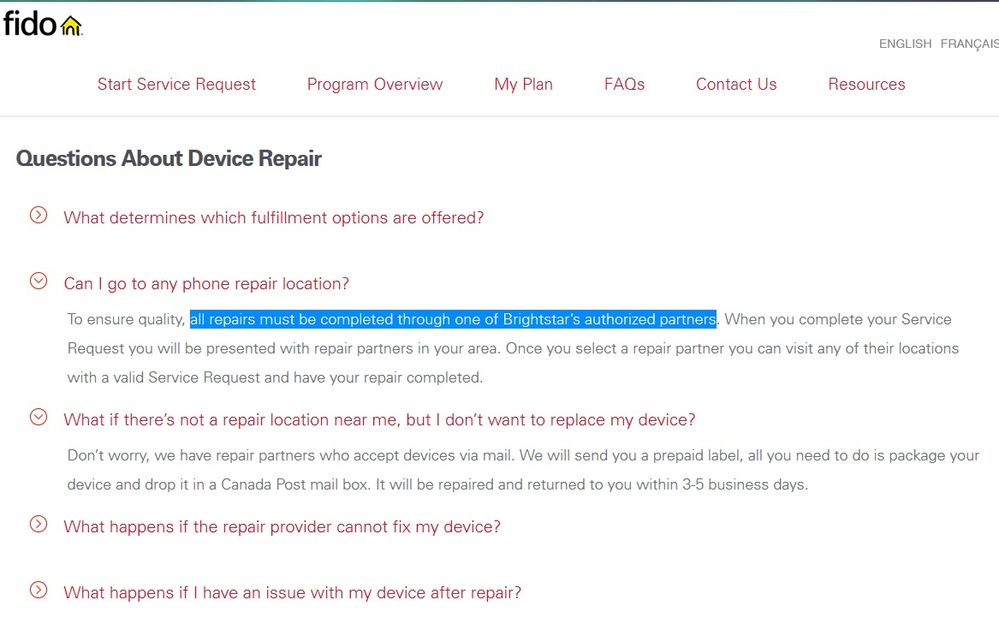 I understand you had your daughter's phone repaired at an Authorised Apple store, however, not all Authorised stores might be Brightstar partners -- even in Canada. In all likelihood, they don't have any International partners.

In addition, being denied because you fixed the device yourself isn't that unusual. With most insurance cases, the repairs need to be approved by the insurance company. I understand you had emailed Brightstar to inform them of the damage. Had you also started a Service Request on their website? Had you asked them if they would cover the repair if done overseas?.. Even for car repairs where you can bring the car to your own auto shop, the insurer needs to approve the estimate for repair -- before the repairs are done. Most insurers won't reimburse for repairs already done. That's not how insurance companies work.