I am writing with extreme disappointment due to Fido's incorrect count of my data usage. I had suspected that my data usage was being counted incorrectly, but today I finally had an incident that confirmed this. I have a 6 Gb data plan, have wi-fi assist and automatic updates turned off on my phone. In addition to that, I am all day and night connected to wi-fi with my cellular data turned off, so my internet usage is limited to some evenings when I'm not home. Furthermore, I only allow a handfull of apps to use cellular data, mostly texting apps that I don't allow to download attachments, videos or photos unless I am connected to wi-fi.

The following are facts that I will use to describe why I am sure that there is something wrong with the way my data is being miscounted:

This is just the most recent example, but earlier this month I went to bed one night with nearly 5 GB of data just to find the next day that I had only close to 3.5 GB. How could my data go down 1.5 GB during the night, all this while connected to Wi-Fi, with cellular data off. I have been a loyal Fido customer for 5 years and I find this treatment abussive, to say the least. I would like to request the immediate refund of the $40 that I paid for the 3 GB of data that I didn't use, the immediate restitution of my FULL data load, and the assurance that this won't happen again.

Looking forward to your prompt reponse.

I'm sorry to learn about your latest experience with the data.

That said, I can reassure all the usage generated does provide from the sim card directly.

Also based on the timings mentioned, it's possible that the incorrect alerts where sent after having purchased the extra data.

By all means, the usage would always be updated on the Fido app.

Did you still have GB available in the app?

By all means, we suggest you get in touch with customer care so they can look into this with you and work towards a resolution!

Thanks for your response. I appreciate you following up. The next day I called customer service and a representative added 3 GB to my account. Interestingly, yesterday evening I went out and used the exact same apps that I had used the day of the incident above and my phone shows only a usage of 14.5 MB. The Fido app shows that I still have 2.99 GB. That seems more accurate. I would encourage Fido to review its data usage tracking systems. I can assure you that the error in the incident above did not originate from my phone. So far the responses that I have received do not assure me that this won't happen again, so I am considering leaving Fido.

Thank you for your feedback, Daniel.

We certainly wouldn't want to see you go. On our end, while we cannot see how the usage was made for privacy reasons, we validate it through the Fido sim in your phone. You are welcome to reach out to us through these channels if you have any questions and we'd be happy to review everything with you.

We also suggest following these tips and tricks that may benefit you. 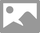 I think fido will take this situation in consideration next time

Its could be an issue with one of yours apps. Sometimes apps hide downloads in background. The best way to see whats happen is to check apps data usage in device parameters.

It's been a pleasure to assis you today. If you have more questions, i'm here to help you. Gotcha