Why am I paying 10$ more on an BYOP plan

I am currently playing $50 for a 4GB BYOP plan when there is currently a BYOP with the same ammount of data for $41.25 and its not even a promotional price. Why is it that on the app it tells me to change my plan for a "deal" that is more expensive when there is the same plan that I have for $10 less. How long have I been spending $10 extra every month for no reason?

Now when I am signed in it is showing me a $15 4GB plan but when I go through to change it, it tells me that my free voicemail will be changing (which it wouldnt be) and in the summary on the next page it only shows the data and unlimited texting, no calling. Nowhere on any of pages that I have been through to chnage plans, have said my calling would be changed nor does it say the pay per use price for calling.

As far as I am aware, that $15 for 4GB plan is one of their Tablet or Data-only plans: 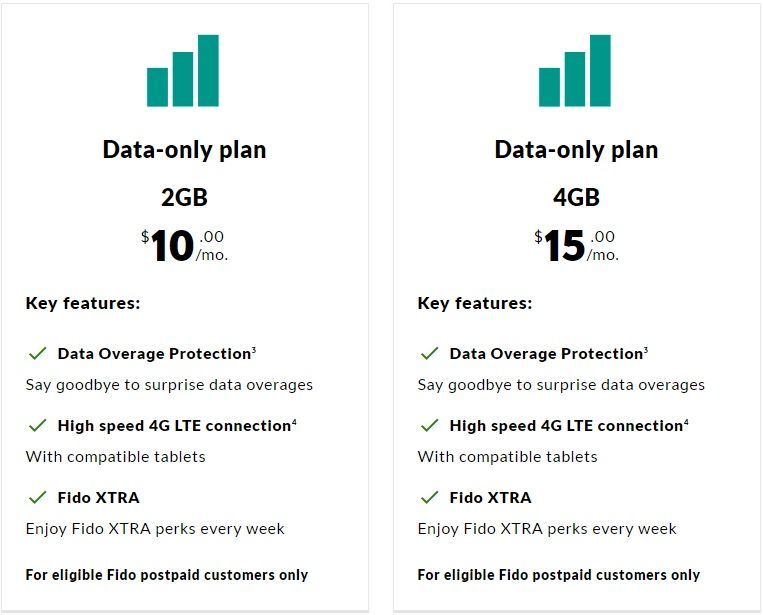 I'm not sure why your My Account would be showing you that option as an upgrade as you would need an existing post-paid plan in order to avail of those plans. Since those plans are data-only, that would explain why it does not list calling as an option. In addition, you should note that while it might include texting, those plans might not be able to send or receive regular text messages. Previously, they included the texting in order to receive notification messages from Fido without charges (see here). That said, I'm not sure if they changed that policy.

grayr
I'm a Participant Level 3
In response to Cawtau
Options

Thanks for your responce.

I did talk with someone over live chat and we worked it through, I now have the $41 plan.

I did go through with doing the plan and have had it changed back but here was what happened, incase that it helps the developers or other customers.

While on the plan I tried to recieve a call and I tried to text, both didnt work.

Its weird because it showed up here and nowhere did it say it was a "Tablet Data-only plan" but it seems like thats what the plan was which is weird that it was included here and suggested for a plan for my phone.

here it shows messaging is included at checkout, going with the plan highlighted above. At this point I thought that this plan had data & texting and had no idea if calls would be included at all. 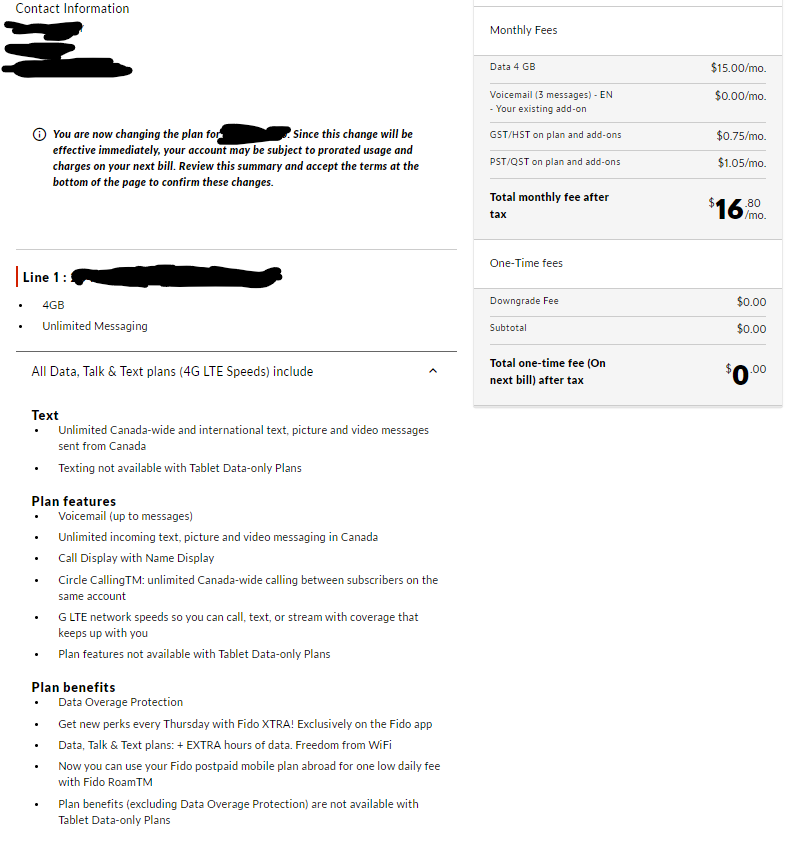 here is one of the more expensive plans, where it is the same except for the change in data and the inclusion of minutes. 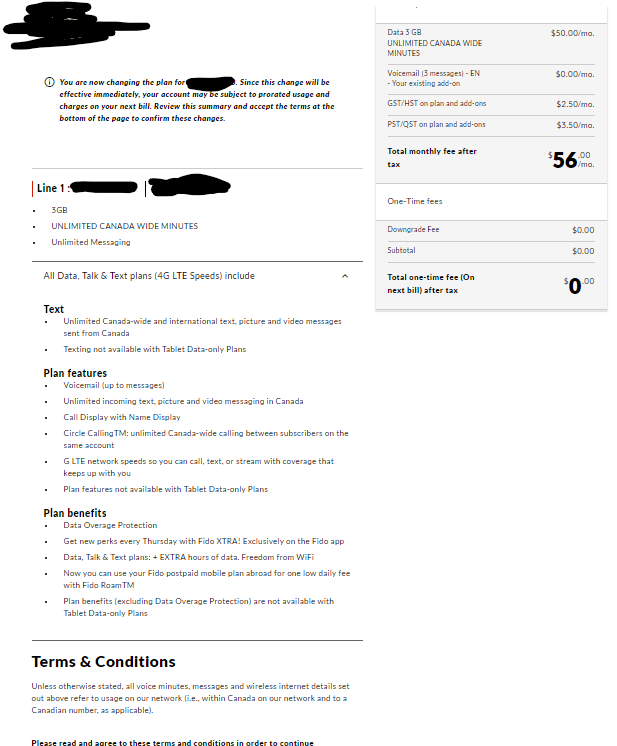 here is what was shown on the app after getting the plan. it shows Talk: Unlimited minutes and it doesnt show the + EXTRA hours of data or the unlimited messages, those are the couple of things that I noticed that were contradictory. It shows up as "data only" now but that is the first time that has shown up. 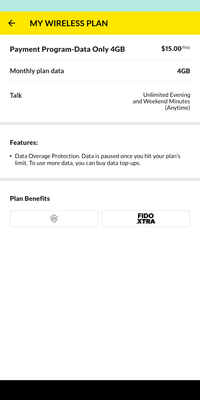 grayr
I'm a Participant Level 3
In response to grayr
Options

when I am not signed in and I am in my region, this is what it shows on the same page. 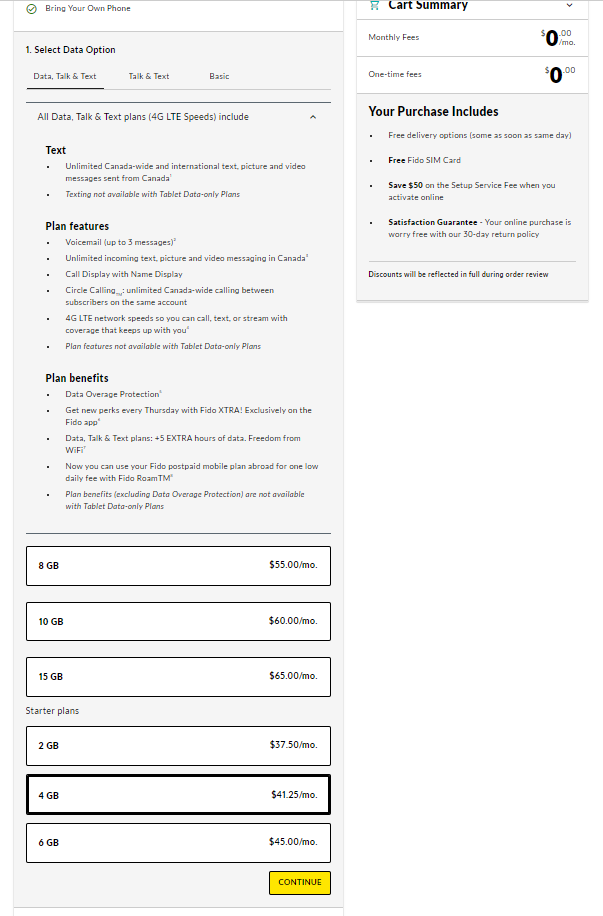 Glad you were able to switch your plan. Thank you for the information and screen images. That definitely is strange. Hopefully, @FidoSolutions will be able to forward the issue to the appropriate department.