Is the wifi calls are for Free ??!

Has this been resolved? Why do we pay for Wifi calling? I understand that the response is "it's treated the same as if a call was made over the cell network", but the question is why is that the case?

And please don't respond with: Because all the telecoms do it. That's not why you do it, that's how you do it and it's called an oligarchy.

I understand it seems intuitive that Wifi-calling should be 'free' because you're using Wifi. However Wifi-calling is different from other types of Wifi-based calling apps such as WhatsApp or Skype, etc. With app-based calls, the entirety of the calls are transmitted via the internet. In addition, those types of calls require both parties to use the same app. If the receiving party does not use the app, there are charges for connecting those calls. The reason there are charges for calls outside of the app is that those calls would terminate via the telecommunications networks (cellular or landline).

bill30
I'm a Participant Level 1
In response to Cawtau
Options

They are free in the US.  Catch up.

Your plans are out of date.  Roaming charges are abusively high.

Except that they are not? They operate the same way as Fido (and likely other Canadian providers as well) (see here and here).

If we use wifi calling how does fido justify charging us since we are actually not using your network?

Wi-Fi calling is primarily offered as a way to let you use your mobile phone in more places when connected to Wi-Fi such as at the cottage or in basements. This offers you some extra coverage but you still have access to your Fido Services!

LH216
I'm a Participant Level 3
In response to FidoPierre
Options

So basically they could they just won't.

This way we pay twice. Once for the internet and once for the cell service we don't use.

I'll send you a PM and we'll go over this together.

Welcome to the community @LH216!

LH216
I'm a Participant Level 3
In response to FidoTerry
Options

Not arguing. It's pointless. Jumping ship as soon there is a chance.

Welcome to the community!,

If you're jumping ship because of this issue, you should note that it's the same with the other providers as well.

On the other hand, the free services of those apps require both parties to use the same app. Often those apps cannot complete calls to landlines or cellular phones. If they can, usually charge for those calls.

LH216
I'm a Participant Level 3
In response to Cawtau
Options

My reply was deleted. "referencing other products, websites, or offers" 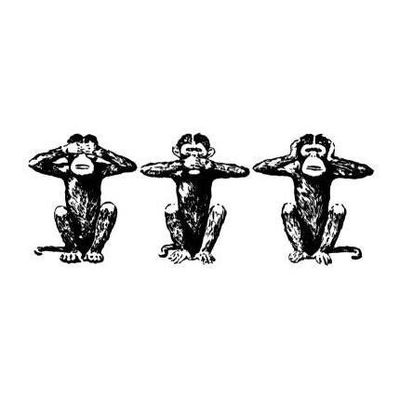 I'm not sure what you referenced previously, but I just checked the Telus, Bell, Rogers, Freedom Mobile, and even Virgin Mobile websites again and they all treat Wifi calling as airtime (plus long distance, if applicable).

LH216
I'm a Participant Level 3
In response to Cawtau
Options

And I cannot tell you what I referenced because that is why it was deleted!

PS: Thanks to ???? (I can't look up her name, because on this site, if I am in the forum, I can't find the messages and when in messages I can't get to forum Aaarrrrgggghhhh!???) so the thanks is because she sent me the page that was deleted. So anyone wants to see what I wrote just have to message me.

OR the links deleted in messages too?!

Thanks to LH216 for kindly forwarding the information to me...

Just to clarify, they were referring to services providing virtual numbers. Virtual numbers (DID) have available for a long time and are not associated with an actual telephone line or network. However, a number with mobile provider is associated with network. While a Wifi call might free up capacity at the local cell tower, it still routes through the network -- airtime. As noted previously, they are completely different services and you cannot compare the two services.

The calls made over WiFi will be treated the same way as if it was made over the cell network. The minutes will be deducted from your monthly alloted minutes if you have unlimited minutes then you don't have to worry.


If you are using Wi-Fi Calling while outside of Canada, the following will be deducted from your airtime and messaging limits included in your wireless plan without incurring any long distance or roaming charges:

Let us know if you have other questions