Do I bother CRTC with this? 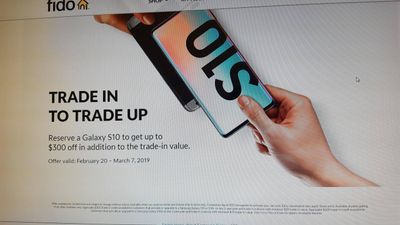 Instead, the maximum Fido gives is 300$. According to the wording on the website "Up to 300$ in addition to the trade-in", WITH the fine print, I was lead to believe it would be 300$+minimum 25$. But alright, sneaky wording was expected.

BUT to make it worse, the 300$ was including taxes, so the actual rebate is around 250$ on the phone. which isn't any better than any other competitor, or directly from Samsung, which is 200$ minimum + phone value. Fido just wanted to have an extra 100$ figure on their site.

Honestly, I'd expect these tactics from Bell, but not from Fido.

We understand the importance of benefiting from the best deal.

I'll be sending you a PM shortly, so we can take a closer look into this.

Talk to you soon!