hi community members, this is my first post to Fido community please help.

India. I really like this phone and it's not available in Canadian Market yet .

please tell me if I buy this phone will it work with Canadian Network right now I'm using Fido. Please check the snapshots pictures I'm attaching with this post . I do understand that some asian devices have some issues with LTE network. But I'm not heavy data user. If I put my Fido Sim in this phone will it work?

Will be very thankful for suggestion waiting for replies . 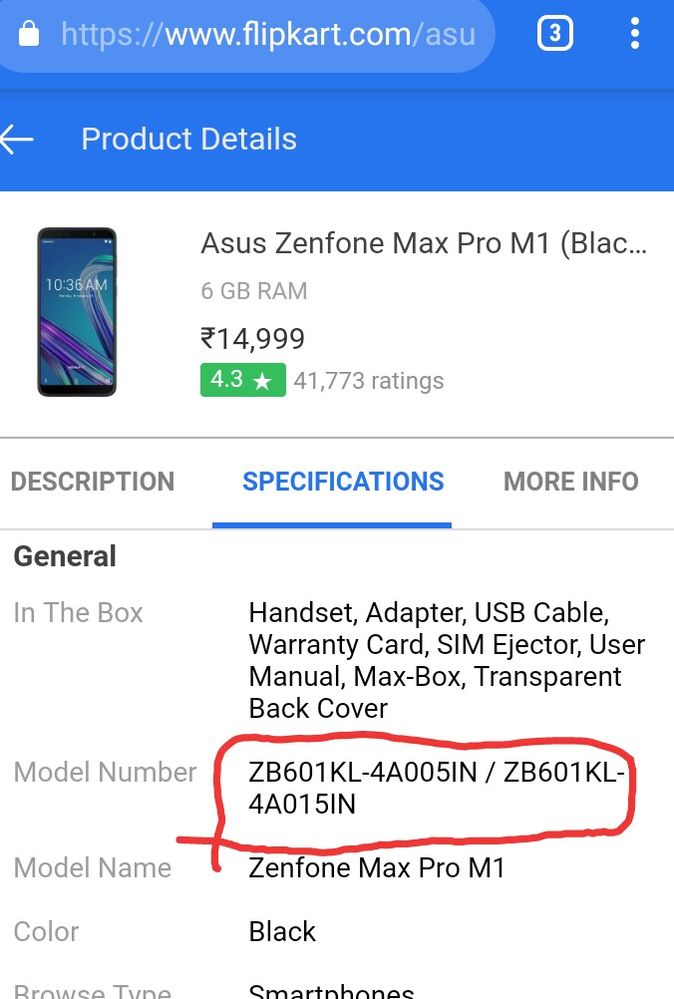 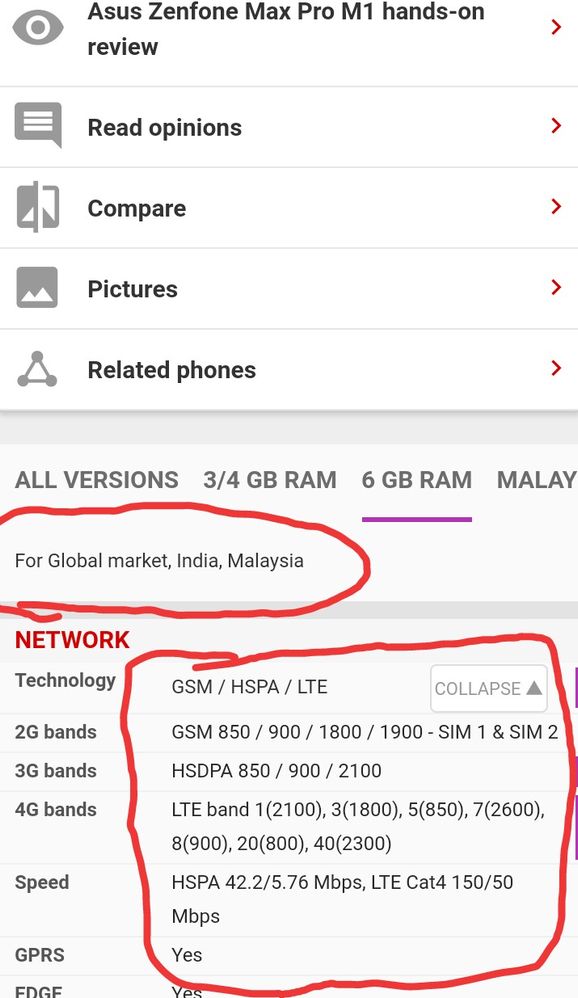 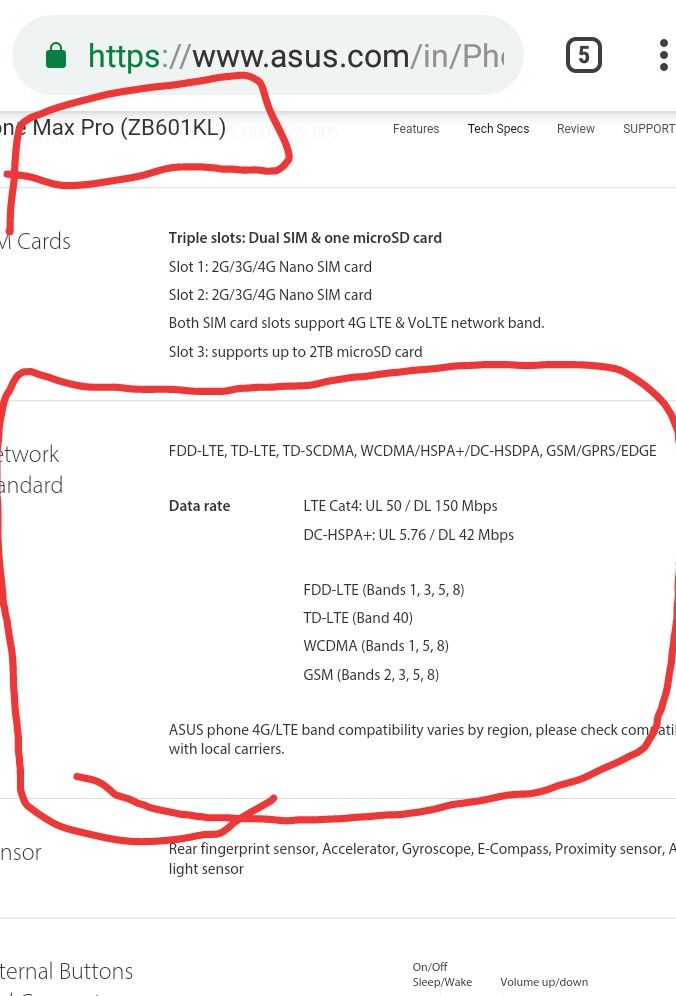 i found it is best to get the asus in canada store such as staples canada, at least the phone will work for sure  and you get warranty support as well.

You should note that phone only has one compatible '3G' band/frequency, band 5 or 850MHz. You can verify the compatible bands/frequencies here. While the phone also has both compatible 2G bands/frequencies, Rogers plans to decommision the GSM network by December 31, 2020 (see here). Only having one '3G' band/frequency could affect the phone's ability to make/receive calls or send/receive messages once the GSM network has been decommissioned.

I understand you might not need LTE data. However, I detailed some things to consider regarding having a single compatible LTE band here.

Honestyrules
I'm a Participant Level 3
In response to Cawtau
Options

If you guyz can give me your views on the snap shot and link i am posting here .

Snapshot is From Asus International  website showing Models A and B.

. And Link to WEBPAGE i will buy phone.

Please give me final thoughts , should go for it right ? Coz sale starting tomorrow . 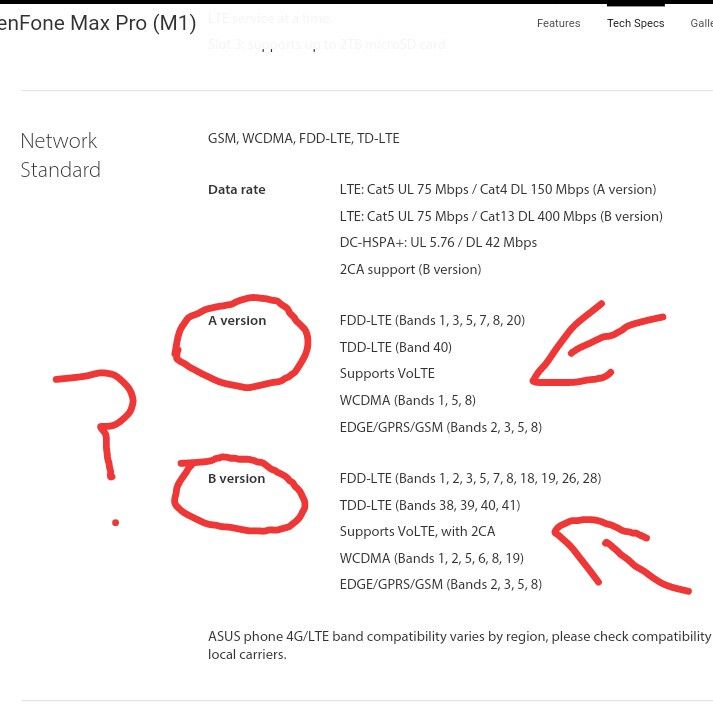 If I'm not mistaken, those specifications are from here.

Firstly identifying similarities... Both versions have both of the compatible bands/frequencies for 2G and only one compatible LTE band/frequency, band 7 or 2600MHz.

If you are content with a device with limited compatible LTE bands/frequencies, I think Version B would be the better choice between the two versions.

I personally, however, would not choose a phone with limited LTE bands/frequencies. As much as I have loved some of my previous international phones, there were occasions I had wished they were fully compatible with North American networks. As such, my current phone is a Canadian version device. So I wouldn't be the best person to tell you to go for it or not.

That said, I have not been able to determine which version (A or B ) is listed on that FlipKart website. They list the model number as ZB601KL-4D103IN. However, searching that model number does not provide any useful information. All of the found sites only state the supported networks and do not list supported bands/frequencies. You might consider contacting Asus directly to identify the actual model numbers for Version A and Version B.

Honestyrules
I'm a Participant Level 3
In response to Cawtau
Options

I am Using this phone and its working ok . Sometimes network loss . But over all ok .very good phone .

Thanks for the update. Glad to hear the phone is working for you. Do you know which version of the phone you have?

According to the specs for the one from India on this site here, the phone has:

In order to work on Fido's network you need:

To access LTE network, the phone must be compatible with:

Thank you for replying. This really helped me . I apologize I forgot to mention i work and live in Vancouver.

Most of the time downtown Vancouver. So you think I'll be fine right  ? I don't use data i use shawgo outside.  if I need in future I think I will be fine with 3-g only don't need the LTE or 4G.

And I also found a link of coverage , what bands towers use individually. Link is here LINK ,i am not good in reading bands.

MVP
In response to Honestyrules
Options

Here is the map just showing the Rogers towers if you click on the towers in the area you will be it will tell you the frequencies of that tower.

By the looks of it there is a mixture of 2100 and 2600 for the LTE, if you do not have or need data then you will be fine. Also you will need to configure the APN settings for the phone you can get the required settings for Fido here.