use phone in US for one week

Firstly, what phone do you have? Also, you should note some plans (ie Basic Plans) do not allow for roaming.

If you have a plan other than the Basic plans, it would already have Fido Roam included. You can view the rates below: 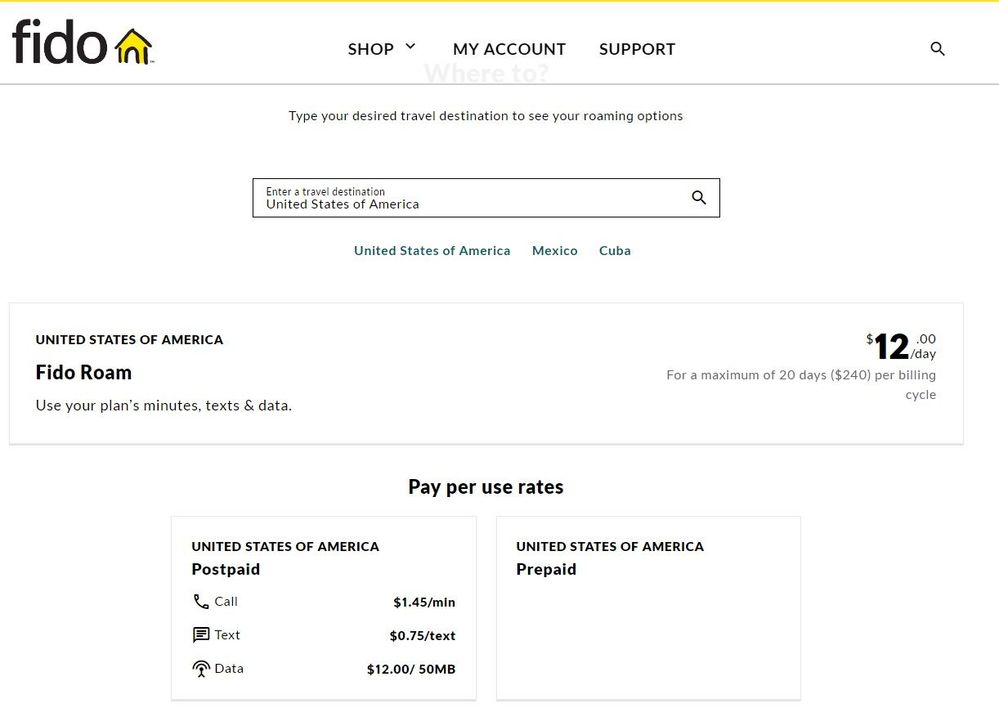 If you have a supported device and plan, Wifi-calling may be an option. That said, you shoud be aware of its roaming usage. There seems to be some misunderstanding regarding Wifi-calling . I'm not sure how people have gotten the impression that Wifi-calling does not use the networks. However, that is not true. While the calls and messages do not transmit via cellular towers, they still use the networks via the internet gateway (see image here). The cellular towers and Wifi are merely alternate means of accessing the networks. Calls and messages would not be able to complete or get sent/received without the networks. As such, using Wifi-calling is technically using Fido services. However, they have allowed certain usage to be free from additional charges. All the messages and calls you receive (from anywhere in the world) will be taken from your plan's voice minutes and messaging limits. As well, all Wifi-calling messages and calls you make to a Canadian phone number while abroad won't incur long-distance or roaming charges (see link above).

You should note that the forums are not intended as a venue for customer services. If you wished to opt-out of Fido Roam, you would need to contact customer service. If you opt-out of the service, any usage would be on a pay-per-use basis. In addition, they can also be contacted via Live Chat, Facebook, or Twitter. Those methods can be accessed via the contact page posted above.