Fido the worst company in canada

Hi I've been with fido for 8 years now.

I called on 28th November to make sure if I get my phone from store if I'll be able to get the $200 bill credit next month and fido rep clearly told me that I'll get bill credit but I called twice after that and both time they denied me.

First time when I called fido rep he confirmed me calling on 28th february and told me to go to store to get bill credit. I went to the store and store raises their hands and said they cant do anything about it.

Second time I called and guess what she said I didnt call on 28th november at all and tried to prove me liar with their lies and now fido has me both ways i cant pay off this $1000 something device balance and nor can I return the phone.

Its my mistake that I took a word from fido rep and upgraded my phone. Was very disappointed after using fido for 8 years.

I'm sorry to read about your recent experience. That's definitely not the experience we want to offer.

What phone did you get in stores?

Also, during the upgrade in stores, was the discount confirmed with the agent and on the agreement papers?

Sorry if you were misinformed, the $200 credit was that for the Black Friday deal?

If it was that deal was only available online and with a new in-market 2-year plan. 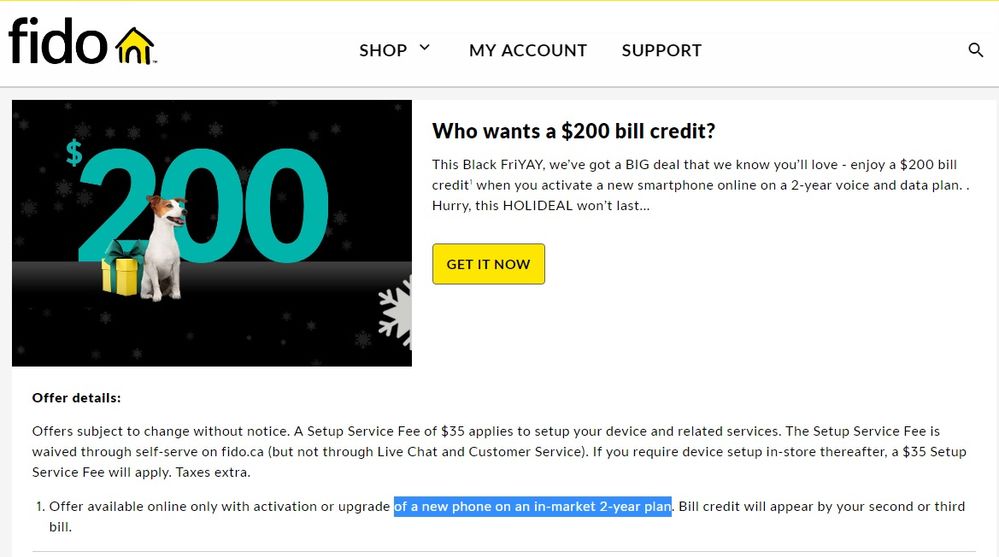