I decided to leave Bell due to ongoing billing issues and give Fido a try as I have been with them for my mobile for many years without issues. Was that ever a mistake! Stay away from them. They have been nothing but constant headaches.

Every store I called were out of stock. Keep in mind I was moving the next day and did not have time to be driving around looking for modems. I found a store who had one. The Fido agent said I can just go there and grab it. I told him wouldnt they need my order? He said no.

Low and behold I show up and the store associate said Fido needs to send the order in to get the modem. This took hours. They gave me a $20 credit for the inconvenience after arguing with them for 20 min.

Long story short, the modem never worked and they needed to get a tech in anyways which they didnt schedule for 4 days after. The issue was something that could have been resolved over the phone and I could have done.

STILL having issues with billing. No one seems to know what is going on and everyone I speak to keeps saying they don't know why the last person did this or said that. ZERO communcation amongst themselves.

I will be cancelling and going with Virgin.

I'm truly sorry to hear about this situation, as our goal is always to make the installation process as fast and easy as possible.

Don't hesitate to contact us if you wish to discuss this further, as we'd hate to see you go. 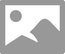 Im sorry and i understand the situation.

Can you tell what Fido can do to keep you as a client?

Its been a pleasure to assist you today