Pixel: The Mystery of the Unknown Caller...

Hating my latest Fido phone, and feeling ripped off.

The problem may be that I've had an iPhone since I switched to smartphone - I was a flip phone user for a long time.  Didn't bother me though, since the number one app used in my business is the PHONE.  The internet access / email are a nice add on, but not necessary day-to-day on my phone.  So, I switched to a Google Pixel XL after 6-7 years on iPhone - was surprised to find that the voicemail on Pixel was call in... seriously.  Call in.  Old school.  Like the flip phone.  Hate it.  Love the visual system on an Apple.  I'm a little hard of hearing, and work in a noisy construction environment so it's easy to go back a few seconds to replay a name or number.

So I called Fido, who, for $5/month installed a visual voice mail system that sent voice translated to text.  Easy to navigate.  Not pleased that my bill would go up $5 when my iPhone did that for the same price as the $70 plan I had before, but since it's necessary - for me - I opted for it.  New plan $75

...what Fido didn't tell me is that this $5 item would 'break' the phone contact recognition.  All my incoming calls were now showing as "unknown caller".  I thought this was a Pixel XL issue and spent a few hours on their support line to fix it - callers were in my Google contact list, but they simply were not recognized.  Turns out, it's a provider issue.  So I called Fido support to rectify and they told me that the visual voicemail was 'incompatible' with the contact recognition - but it wasn't too incompatible, apparently, because for $10 more/month Fido could fix it.... so my $70/month plan on Apple would turn into an $85/month plan for my Pixel phone.... all because YOUR $5 visual voicemail app BROKE the contact recognition to begin with!!

I am not pleased.  $180 more per year... $360 for the 2 years of the contract MORE for the same thing I had on my iPhone!!  Not pleased with Fido at this point, and not pleased with my Pixel.  I was told it was the superior product... I fell for it and now I've got a whole lot of costly regret.

Do you have a grandfathered plan or do you have one of the newer ones?

On the other hand, if you have a newer plan, they should all include call display...

HoundDog60
I'm a Contributor Level 1
In response to Cawtau
Options

Don't know if it's grandfathered or not - it's supposed to be the exact same plan as I had before - at least that's what I understood.  I wasn't looking for a change of plan - I was looking for a phone that could hold a battery charge for a full 8 hour shift on my construction job (my iPhone was dying - and you can't just plug it into your office wall in construction).

Burns my butt, though, that the $5 solution to visual voicemail actually broke the caller id - which sounds like really bad app writing to me... and the solution to the problem created by Fido's app writing was to charge me an additional $10/month.  Am I the only victim of this grift?

I've been happy with Fido for years.  Now, now I'm so disgusted I can't wait for the 2 year contract term to be over...

HoundDog60
I'm a Contributor Level 1
In response to HoundDog60
Options

OK.  So I logged into my account...just to see if the service for the new phone looks the same as the old iPhone 4... it looks the same.  I'm SUPPOSED to have visual voicemail - no $5 extra fee listed.... but I DON'T.

What am I supposed to think about a company who jerks me around this way?!!  $5 to add something I'm supposed to have anyways - $10 more to fix what you break?!! 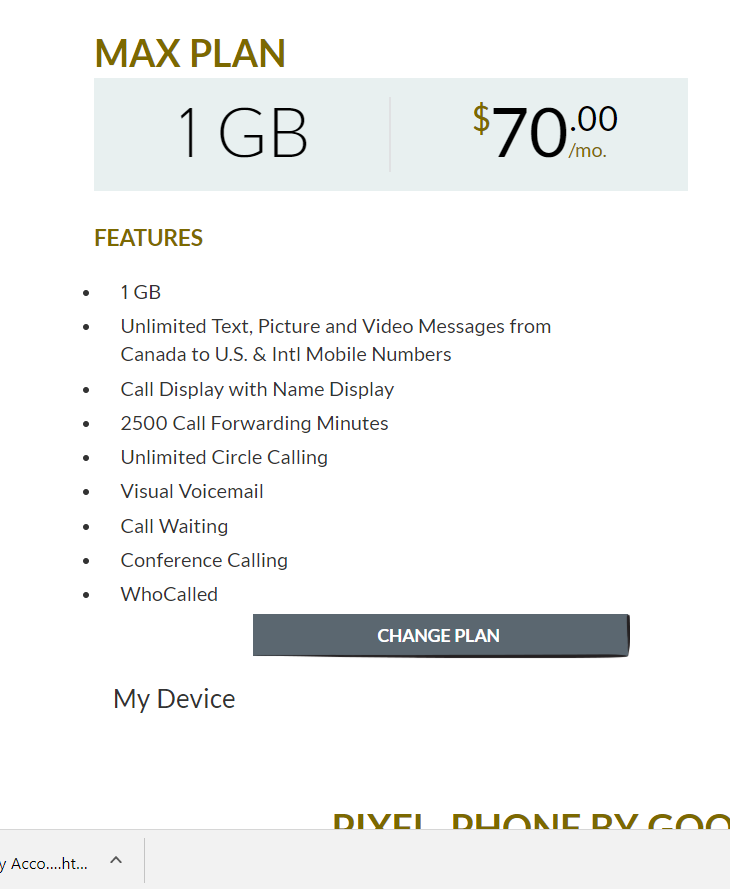 I'd love to check it out and see what's going on in your account.

We sent you a PM earlier, if you look in the top right corner of your screen you should be able to access your messages.

You'll find it over there

Let me know if you still haven't found it, I'll send you another one. 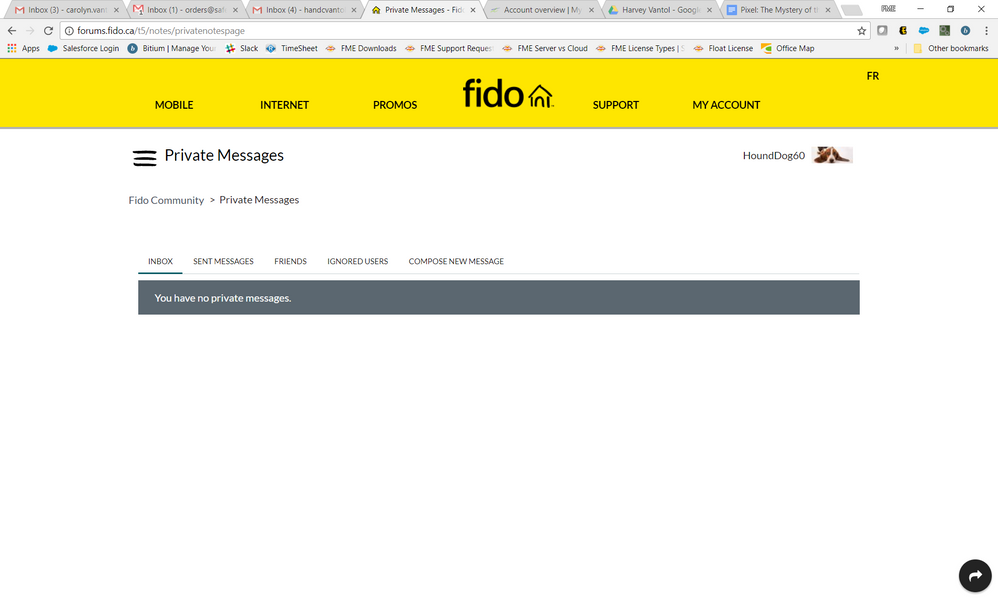 That's odd, I'm sending you another one right away.

As Cawtau said above, if your plan is an older iPhone plan, the visual voicemail for iPhone that was included isn't compatible with other phones.

I'd love to go over the account to see what's going on though.

I'm sending you a PM right away!

Not compatible my eye!  You added it...for $5 extra... even though the plan says it's a feature I should have.  It worked  (a little differently than iPhone mind you, but it did work) but it BROKE another valuable feature - which you then told me would cost an additional $10 to fix.  That is NOT the definition of incompatible... but it is the definition of costly.  That's what you really mean... it's COSTLY.   This is a grift.  Classic bait and switch.

My husband walked into the Fido store in search of a new phone.  He was happy with the service and just needed a phone that worked - and wanted everything the same.  The customer service dude sold him on a Huawei first (returned - **bleep** battery) and then the Pixel... "best phone on the market!"    No mention that it would muck up an important feature that he'd come to rely on that was INCLUDED on his plan.

The visual voicemail service is not supported on the Android/Blackberry devices by Fido anymore. The new system would be Voicemail-To-Text see here.

The $5 addon should work on your pixel phone, i'm not sure why it broke your caller ID and making you pay more as a fix dose'nt sounds right. Hopefully a moderator here in the community can take a look at your account and get this sorted out for you.