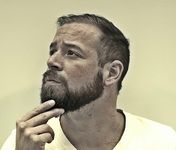 Fido & VICE have partnered up to bring the popular franchise, VICE Meets, from the screen to campuses across Canada for an open forum style event to be filmed and live streamed as exclusive content for DAILY VICE brought to you by Fido.

Come witness special guests get interviewed by a Daily Vice host using the one-on-one format in a town hall in each of these 4 major cities:

We’ll bring the discussion to life in front of a live audience, where the crowd will also get an opportunity at the end of the interview to ask their own questions and be a part of the show. Not only that, but you’ll also get to watch them perform at the after party! That’s right! For each city, the artist featured in the town hall will also be doing a small performance at the after party followed by a DJ to close off the night. How sick is that?

Each town hall and after party has a 250 people cap each (or less), so these are first come, first serve events and you need to RSVP (http://extracredit-rsvp.vice.com/).

Being a Fido customer has its perks: Fido customers will benefit from Skip the Line access + bring a friend into the auditorium before everyone else. All you have to do is show us your Fido phone

We even have special reserved seats front row center (limited number), given on a first come, first served basis. How about that for exclusive?

For those not able to attend, all 4 town halls will also be live streamed via VICE Canada & Fido Facebook pages OR http://en.daily.vice.com/. Don’t forget to follow the campus tour through the hashtag #ExtraCreditTour

Come join us and enjoy the moment with a series of figures who exemplify the multiplicity of our generation.

You won’t want to miss this. See you there!