Today I received a text message from "Unknown address". The only text on the phone said "Retrieving not allowed" and was noted as an MMS message. At the bottom of my screen there was no place to type in a reply, the usual place to enter text was not there. I took a screenshot to show a friend and say how strange this is. They received my screenshot.... however they received it from a number that was not my own... it was someone else in another province. I am more than a little bit freaked out by this. I called FIDO to get some answers and explanation. The person on the phone simply said they would reset my network, and had no answer for me as to why this would happen (MY text going to my friend through another number). Has anyone else experienced this?

@NB3 that sure is freaky, since i've been active in this community I can't say i've seen someone with a similar issue. What happen after the network was reset and you send a text does it show it came from your number?

Can you post the screenshot of the text from the unknow address.

NB3
I'm a Participant Level 3
In response to KAPABLE-K

You will see below that there is no space to rext a reply. It's simply blank. 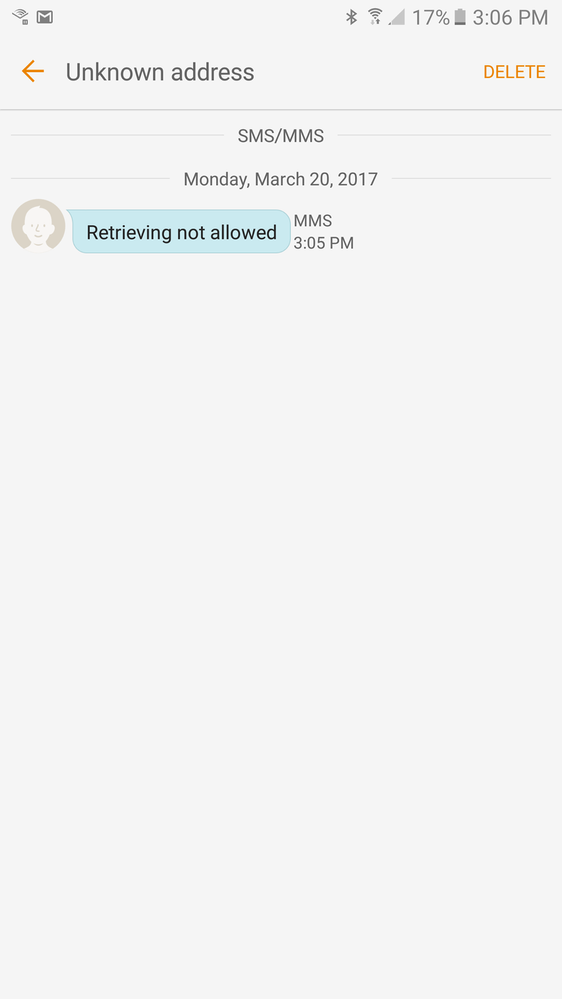 I had sent the photo to 2 different people. The one received it from a random number in another province, and the second person received it from my number. I did the network reset, but that still doesn't make me feel very settled about this situation. Now I'm hesitant to send messages to anyone, not sure if they are being routed through other people!

Welcome to the community @NB3!

Just to be sure we are dealing with 2 different unique issues correct?

1) You got a message from an unknown number.

2) You tried to forward the message but your number shows up differently to the user that received it.

If that's the case, the suggestion from Kapable-K will be best so our team can review the message. As for the second issue, is it possible you used a different app to forward the message? Sometimes an app will give you a random number which will explain why your friend saw that instead of your normal mobile number.

NB3
I'm a Participant Level 3
In response to FidoTerry

Also, when I try to forward the message, this is what happens (see below): 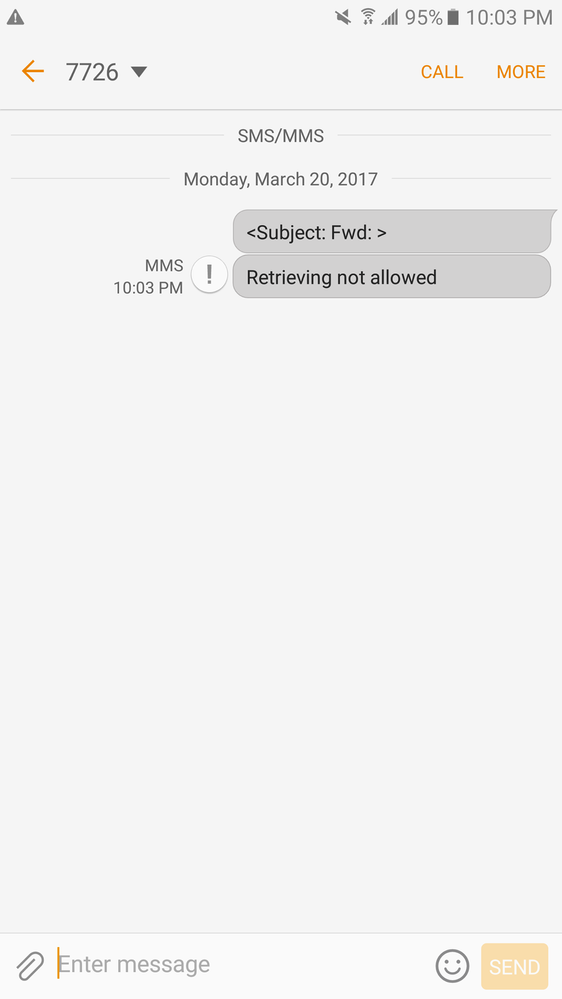 Thank you for the screen captures and further explanations. Have you noticed any other complications with your text messages or MMS services since this has happened?

More specifically, are you able to receive and send regular MMS with no errors?

NB3
I'm a Participant Level 3
In response to FidoTerry

1. I got the message from the unknown address. Not only that, but there is no reply area at the bottom (as you can see in the screenshot) - I am not sure how this is even possible, or how it's even possible to be receiving messages without a phone number sending it to you.

2. I took a screenshot of my issue (as seen pictured here), and sent it as a Picture MMS message (not through another app) to 2 of my friends right away, asking if they had ever seen anything like this before. The one friend received it from my number, the other person received it from an Alberta number. They immediately called the Alberta number, and a confused person answered saying they hadn't sent anything. In the meantime I had followed up my MMS message with a text, so my friend quickly understood that the MMS message was from me but was confused why it came from Alberta. He sent me a screenshot of what he received from the alberta number.

Senior MVP
In response to NB3

NB3 wrote:... I am not sure how this is even possible, or how it's even possible to be receiving messages without a phone number sending it to you.

Since the text was from Unknown Address, rather than simply Unknown, I'm curious as to whether the message was sent to you via email to SMS. However, if they use the Fido email to SMS gateway, the messages would usually show as being from one of Fido's short codes (see here). Perhaps your phone handles these types of email to SMS differently?

**edit** Additionally, there are companies which provide an email to SMS service**

Paolo
I'm an Expert Level 2
In response to Cawtau

Most phones have some kind of setting turned on by default for Anonymous MMS Rejection, so because that setting is used widely by many devices by default, we hardly hear about anonymous mms, however it does exist, and there are phones which the default setting is not to reject, so the message will come thru in this  case,

I'm pretty sure all you need to do is go back into the MMS settings and find the setting and toggle it back on if it was turned off inadvertinly and that should solve the problem.

MVP
In response to NB3

@NB3 I totally understand, there is only so much the customer service rep can see and do with the account. Now that you have posted the screenshot maybe a moderator here can have it looked into deeper to see if they can provide you with more details to ease your mind.

Can you also try to see if you can forward the message to 7726 (SPAM) that's for reporting spam to Fido you will not incur any charges.